Crowdfunding is a relatively novel way for startups and entrepreneurs to raise money to support their fledgling companies - and sometimes it actually works.

Like most online endeavours, it isn't particularly hard to set up a crowdfunding campaign and start raising small bits of capital from thousands of individuals who find your idea intriguing.

It isn't hard to set up, but it is very hard to raise significant amounts of cash. The truth of the matter is that most people who try crowdfunding don't succeed. For every success story, there are a thousand failures.

You can browse through any number of ideas on two of the better known crowdfunding sites:

You'll notice that a few have raised a fair amount of capital, but most are struggling to make more than a few dollars. So what is it about the ones that succeed that turn them into multi-million dollar smash-hits?

There's more to this list, but really, if you are planning on trying out crowdfunding to raise money for one of your own ideas, then the best thing to do is look at the top earning campaigns and work out what they did right.

So, with further delay, here are the best performing crowdfunding campaigns to date... 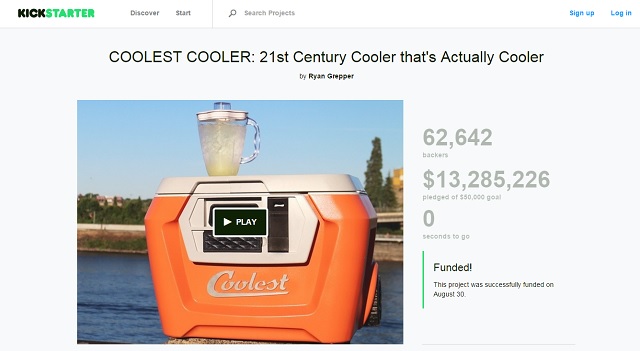 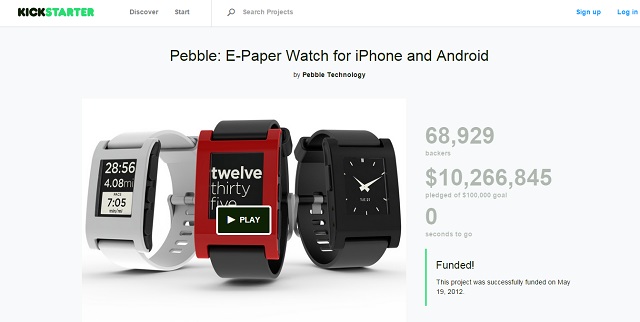 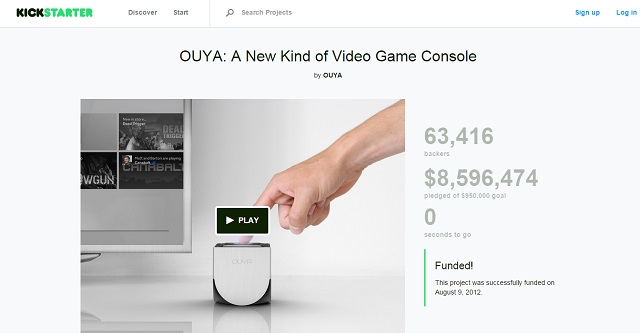 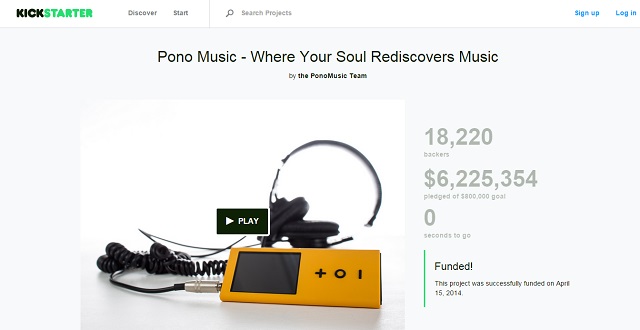 
I guess there's one additional attribute of the most funded campaigns that we could add to our list, and that is:

So, looking at the top 5 business ideas that have, or are, being turned into a reality through crowdfunding, what is that you think makes them stand out from the thousands of other campaigns that aren't as successful?

5 Marketing Strategies That Use Free Stuff

Here are some great ideas that incorporate free stuff (products and services) in order to generate trust, improve revenue and grow your business.

Most consumers like getting free stuff (especially online consumers), so giving away a valuable free offering can help to drive traffic, generate buzz, earn trust, and make money.

This article will give you five great ideas for free product and service offerings that you can integrate into an existing organization or use to help grow a startup.

Did you know that business card design can directly impact the success of your organisation?

How to Survive Without Google Search Traffic

Organic search traffic from Google is so valuable that many businesses come to rely on it as their primary source of income.

And while it may seem that the sun will never set on high converting organic traffic from the search giant, you might want to think about what would happen to your enterprise if the flow dried up.

I've experienced both the frustration and despair of losing Google traffic to an unknown and unexplained penalty (only large, important businesses get the information they need to recover in a matter of days or weeks), but have also seen how other companies have thrived without Google entirely.

Why Google is Bad for the (Small Business) Economy

Think of the Internet economy as a farmer’s field full of little green plants. Each plant represents a business, and the stuff that makes them grow is traffic (just like rain makes real plants grow).

Now, imagine that in between the rain clouds and our fledgling plants, there is a huge funnel that collects the rain and pours it over the field. Let’s call this funnel Google.

Google’s job is to make sure that all the sprouts get a fair share of water (provided they are of good quality), and that any weeds that are harmful to the ecosystem aren’t watered. All day long Google funnels rain onto various different plants in order to help them grow.

Our favourite startup resources this year

Despite spending most of my time working on my own startups, I find myself drawn to reading about what other people are up to, or making use of - whether it

Ever wondered just how much you can earn in a career working from home? The answer is millions of dollars - if you've got what it takes.

How the SBA, SBDC, & SCORE can help your small business

In case you haven't already heard, there's a little kitty out there with feline dwarfism that earns more than you do.

Grumpy cat, according to Wikipedia, seems to be raking in millions of dollars, and this might strike you as odd given how difficult it is to start a successful enterprise these days.

Use the best business software and services to help start and grow your company quickly and efficiently - with the least cost.

How to improve your cash flow

Because cash is king for all entrepreneurs, SME/SMBs, and home based ventures, it is crucial that you can generate as much revenue as possible, as early as possible.

This article will look at a very simple sales forecast and provide plenty of great sales strategies, ideas and advice for you to incorporate into your own plans.

Bookkeeping, taxes, accounting, and a host of other financial and administrative tasks are vital to keep your small business running smoothly and profitably