Skip to main content
SME Pals is reader-supported. When you buy through links on our site, we may earn an affiliate commission. Learn more.
by David Mercer (updated 11 June, 2020)

Supporting worthwhile causes using resources available to your company doesn't have to be a chore. You can do a lot of good and build plenty of trust, buzz and media coverage at the same time.

Using CSR as a marketing strategy can be extremely effective because people (i.e. potential clients and customers) are becoming more and more aware of the power business has to support worthy causes and make a real difference.

Use CSR as a vehicle to generate newsworthy stories that are mutually beneficial to both parties.

I've seen how CSR can have a positive impact in real life and am going to use the story of 'Cach and the Lushmobile' as a case study for how CSR can generate not only goodwill but also plenty of good advertising and promotion.

Finding the right cause to support is not always as easy as it sounds. In order to derive the most benefit from your philanthropy it is important to look at who your customers are and what they feel passionate about.

Supporting something controversial may polarise public opinion against you. Or worse, supporting a charity or non-profit that turns out to be a scam can also lead to plenty of bad press and wasted time and money.

Research potential beneficiaries well in order to ensure that donations are used effectively for the purposes you intend.

You might also want to consider supporting organisations involved in areas that are in the minds of people - for lack of a better term, on trend.

Of course, with that said, if there is something you personally feel strongly about (even if it's not going to bring press coverage) then don't shy away from supporting it anyway - it's the right thing to do.

Here's the first step in our case study... 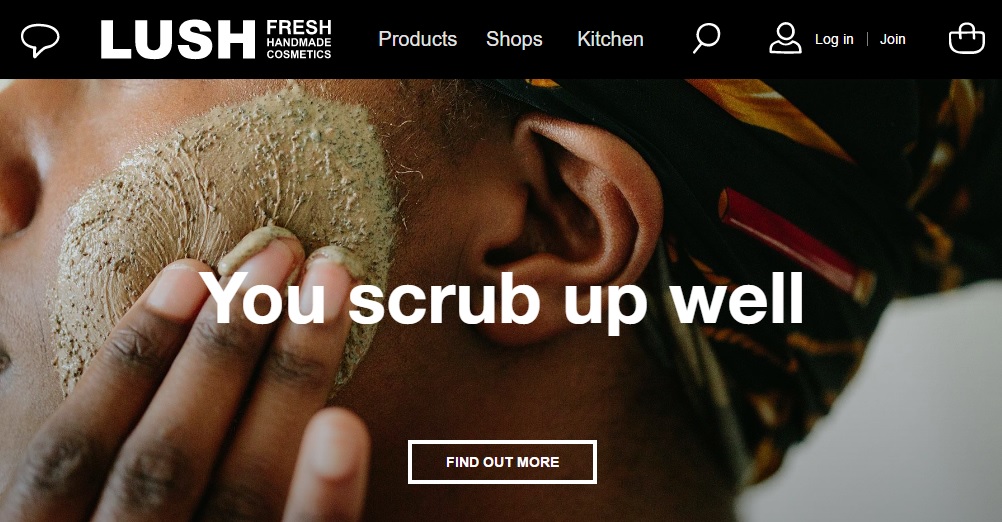 Lush is an international company that makes fresh handmade cosmetics. Their UK company reached out to CACH to offer their support.

CACH is a non-profit that fights to end canned hunting practices in South Africa and around the world.

Before opening your checkbook and donating money to people you have never met, take the time to reach out to them and build a relationship. Find out what it is that drives them, what they are currently doing, what's working for them, what isn't, what they need, and so on.

Making a genuine connection with the organisations and people involved on the ground fosters far better relationships that can result in a better return (in terms of marketing and brand exposure) than you might expect.

And, by understanding the needs of the organisation, you are able to offer targeted support that will be far more effective.

Here's the second step in our case study...

CACH's main focus is to stamp out the terrible practice of canned lion hunting. The problem is that hunting industry is rich and powerful and not easy to fight. Death threats aren't uncommon in this line of work.

They also have a wildlife sanctuary (as their global headquarters) where injured and orphaned animals can be rehabbed and released back into the wild (if possible). The co-founders poured every cent they owned into starting the wildlife sanctuary and rely on donations to develop the infrastructure and keep it running.

Over the many years they have been fighting this battle they have (quite literally) faced off against the army, been to constitutional court (and various other courts), organised global marches, supported international rescue operations, helped fund other charities and non-profits, and won many awards.

The most recent being Gold at the World Responsible Tourism Awards in London for the Best Animal Welfare Initiative. 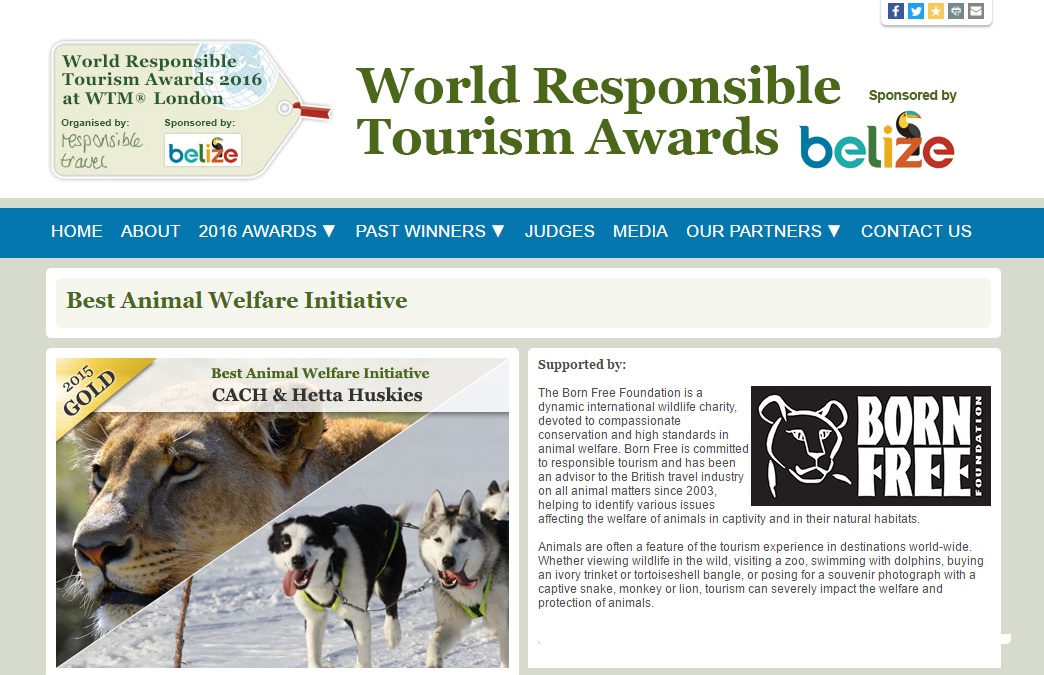 Don't simply donate to a worthy cause. You will be losing an opportunity to tell a very specific story.

Identify a particular problem/need and solve it in order to create a newsworthy story.

Which makes for a better headline?

Clearly the second headline is much more engaging and far more likely to garner news and media coverage because it is compelling and, most likely, close to the hearts of many people who happen to love ducklings. Much better than coming across as a cold, heartless corporation splashing around some cash to meet their government mandated social responsibilities.

Here's what Lush did for CACH...

In order to ensure that CACH's wildlife sanctuary operates as greenly as possible, it's important to have an electric vehicle to move equipment, tools, and feed for the animals. Not only that, but an electric vehicle is quiet so it won't stress sick and injured animals as it buzzes around all day. It's an essential, but expensive piece of equipment.

After speaking with Chris Mercer, the founder of CACH, Lush UK decided to make a substantial donation of half the cost of the vehicle. Not long after, their Australian counterparts, Lush Australia, contacted Chris and offered to make up the difference.

Lush UK and Australia completely funded the purchase of a new electric vehicle for CACH.

Chris was so delighted at their generous support he decided to thank them in the most unusual way... by naming the vehicle the 'Lushmobile', and by making a YouTube clip to publicly thank Lush.

Bear in mind that CACH operates in 60 countries, and everyone in the organisation around the world will be familiar with the Lushmobile (as it forms part of the daily operations of the sanctuary), and if the public video catches on in the press, Lush stand to garner significant coverage and goodwill.

Once you have fulfilled your commitment it's time to share that story with the world. Ideally, you will have plenty of great pictures and footage from the people on the ground. Visuals are absolutely vital for storytelling.

Remember that by sharing your story, both donor and recipient benefit. Your company comes off looking great for doing something worthwhile, and the media coverage is also great for the non-profit/charity involved. In this sense the transaction has been mutually beneficial because you have both created a story that can generate positive media coverage for both parties.

And now for the final step in the case study...

Sharing the news about the Lushmobile

With a little video clip available for the public to view, along with the compelling story of how CACH has fought to change the hearts and minds of politicians, hunters, and the general public, there are a few press releases that are going out to various media outlets in due course.

But, not least of which, this story gave me inspiration to cover it here, which means you now know about CACH and how Lush helped them. Perhaps you'll consider visiting the CACH website and getting involved too?

For my money, the CSR teams over at Lush should put that video clip in the hands of their public relations people and have them publicise it in the media. Not only is it a great story for the Lush brand, but it can also help raise awareness for CACH and potentially lead to further donations and corporate sponsorship.

What do you think of CSR as a marketing strategy? Is it too mercenary to drive and derive advertising from doing good? Or, is it a fantastic way to kill two birds with one stone - do good and market and promote a brand? Share your thoughts in the comments.

Running an online business, whether it is an eCommerce site or a blog, means that you rely to some extent on income derived from Google organic search traffi 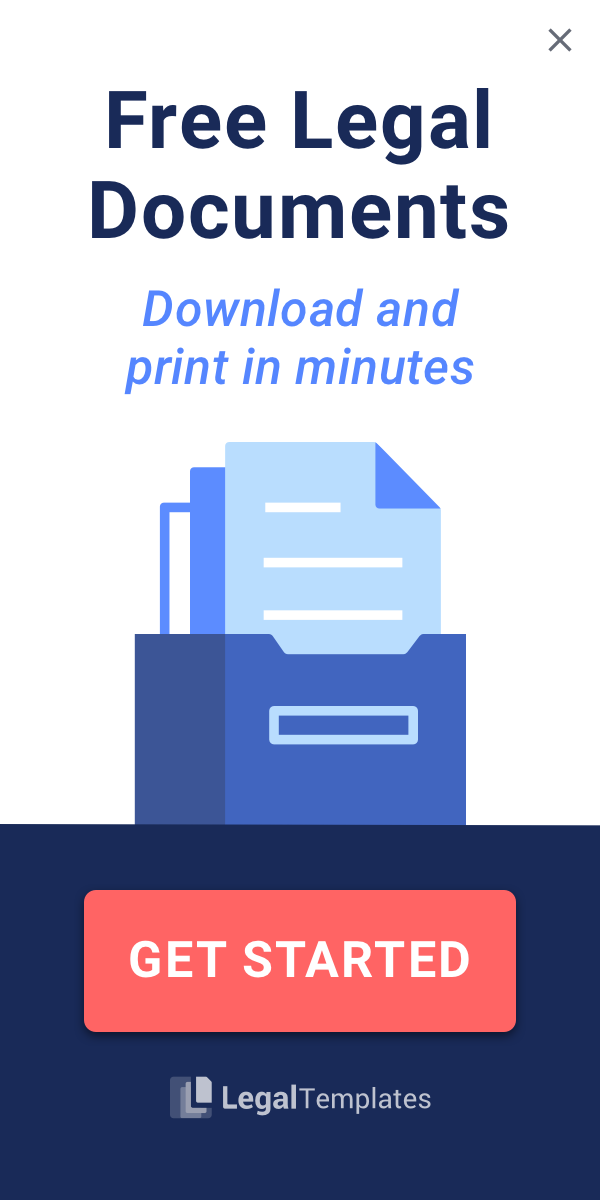